Mike Kula and Mike Fritz, two long-time employees of Snyder Manufacturing, recently retired. We thank them for their hard work and recognize their contributions to Snyder. Learn more about them below.

Mike Kula worked at Snyder for 31 years. He served in our adhesive, extrusion, and shipping departments. His favorite area was working in extrusion because it was a challenge and fun! Now that he has retired, he says he’ll be working for his wife.

Mike served in the National Guard from 1980-2021, retiring as a Master Sargent. The highest rank he held was 1st Sargent. He was deployed 4 times including service in the Gulf War, Operation Iraq Freedom twice, and Operation Enduring Freedom Afghanistan.
We asked Mike to share the story of how he earned his Purple Heart. In 2004, he was in a truck convoy as commander and security on the radios and lookout. The next thing he knew the driver was yelling for him to wake up that their truck had been hit by a rocket on his side. It grazed the gas tank and the fender frame and exploded. They drove until the truck ran out of power, so they pulled over. His truck stayed there, and they sent the rest of the trucks to base. They only had 1 gun, so they radioed and called in air support until they could get to safety.
We want to thank Mike for his years of service in the National Guard and as a Snyder Manufacturing employee. 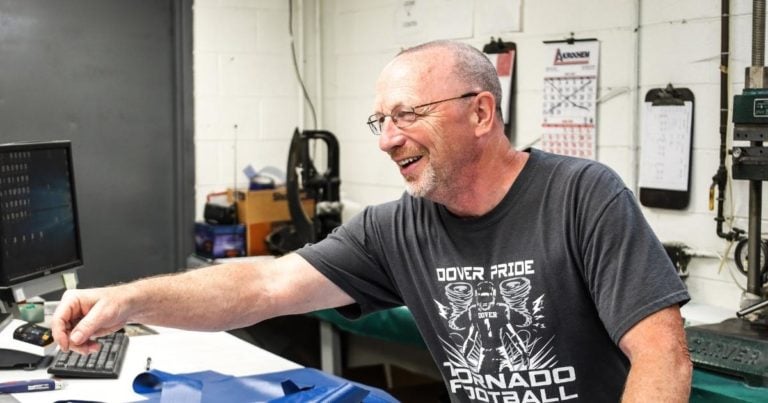 Mike Fritz worked at Snyder for over 45 years. He served in our quality control department making sure every Snyder product is top notch and consistent. His favorite part about working for Snyder is the unity. Now that he has retired, Mike will be traveling to the Jersey Shore and spending time with his grandkids.

We wish both Mikes all the best in their retirement. You will both be missed!

Snyder Manufacturing is an American manufacturer of high-performance laminated fabrics, PVC coated mesh, extruded films and military specification materials. We deliver on-time, high-quality standard and custom solutions for a wide range of applications for commercial, industrial and government customers in many industries. 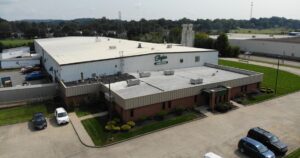 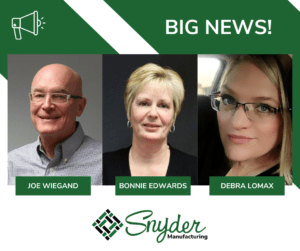